R&B darling Ann Marie doesn’t seem to miss when it comes to her collaborative tracks. New release “Come Over” is a sultry suggestive number featuring Alabama rapper, Yung Bleu. The pair get close and cozy in the video with Ann’s sultry dulcet tones pairing against Yung Bleu’s own lyrical mastery. Rolling Stone calls Ann Marie “an insanely popular R&B singer hiding in plain sight.” And for good reason, she’s been able to cultivate a cult-like fan base for her infectious melody work, raw lyrical ability and a message that young women today relate to. “Come Over” is another example of Ann Marie’s pension for relatable lyricism and melodic music making. 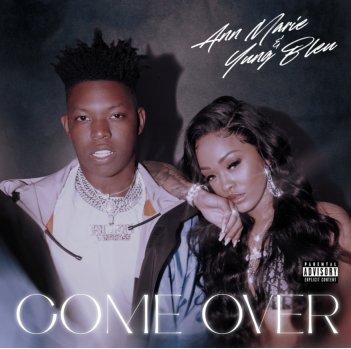 Ann Marie hails from Englewood, a neighbourhood on the South Side of Chicago. Releasing consistent bodies of work alongside her collaborative work, the 23 year old steadily built a legion of fans over the past three years crafting her own lane. 2019 has been a massive year for the Chicago artist kicking the year off with the release of “Secret” feat. YK Osiris — the slinky R&B track has accumulated over 35 Million views on Youtube in less than 5 months. That landed the songwriter/performer to sign with Youtube’s “Foundry” program and inking a deal with Interscope this summer. Not shy in front of the camera — once a young actress — Ann Marie shot her first fashion brand campaign with JD Sports US which is out now. Now celebrating over 100,000 streams per day on Apple Music, an additional 450k+ streams on Spotify, Ann Marie has earned her place as one of music’s most intriguing new artists.