Following the launch of his new house imprint Higher Ground, label boss Diplo today joins forces with ascending French DJ and producer Born Dirty to deliver an irresistible fusion of iconic Brazilian vocals with groovy house rhythms on new single “Samba Sujo,” out now and streaming everywhere. The release is the first from Diplo on Higher Ground, an imprint of Mad Decent which launched in August and is focused on house tracks and collaborations from established artists and up-and-comers alike.

“Samba Sujo” is the A-side to Born Dirty’s new double single, backed with the solo Born Dirty track “Ouro,” out today via Higher Ground. “For years I wanted to work on a new version of this absolute classic,” Born Dirty, real name Mika Abadie, says of the “Samba Sujo” collaboration. “Truly excited about what I did with Wes on this one and how it resonates at shows!” 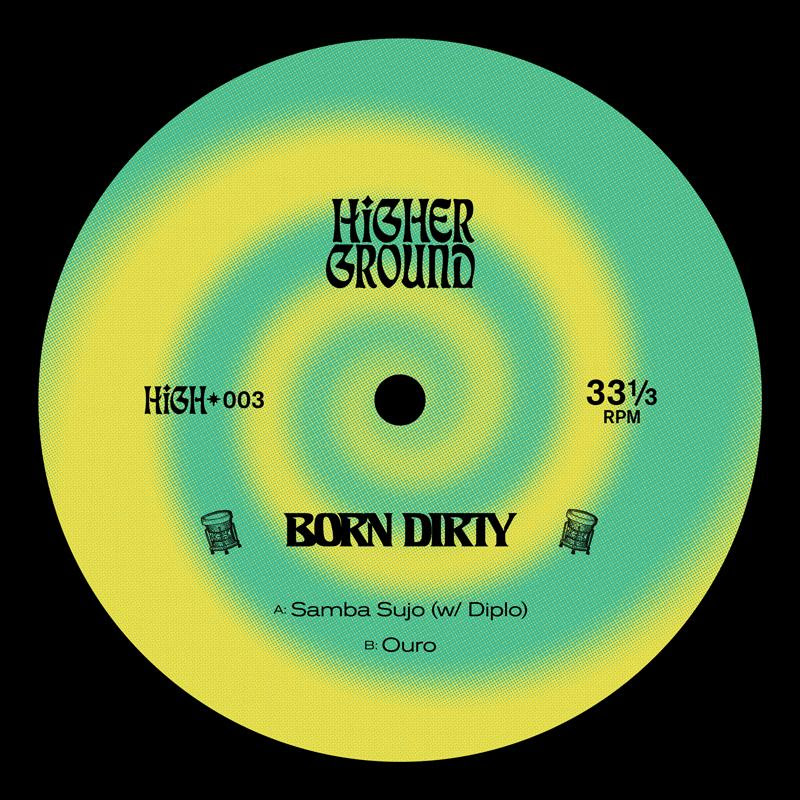 About Higher Ground:
Higher Ground is Diplo’s new house imprint. Named after his recent deep house-inspired Higher Ground EP, the label is a platform to showcase both established and up-and-coming talent in house music, and a new home for Diplo’s own house tracks and collaborations. Aiming to transcend a singular sound or subgenre, Higher Ground will release everything from tech-house to deep/melodic house, lo-fi to Afro-infused house, and everything in between.

“House is where it all came from. Everything we know and love as dance music today started with the masters in Chicago and Detroit almost forty years ago,” Diplo says. “The genre has always been incredibly important to me, and Higher Ground is our homage to the legends and opportunity to champion new sounds and artists from around the world pushing the genre forward.”

Diplo commemorated the launch of Higher Ground with a takeover of Brooklyn Mirage in late September for a night of house music curated by Mad Decent with a lineup featuring Higher Ground artists and affiliates including Paul Woolford, Walker & Royce, Golf Clap, SIDEPIECE, Huxley, Dateless, the label boss himself, and more.

Diplo Criticizes M.I.A. in the Press

Diplo, Switch Team Up For Tour

It's K-Swiss x Diplo x You!

Diplo Is a Dad Again

Major Lazer to be First Major U.S. Act to Play in Cuba Since Diplomatic Ties Restored

Kesha Will Tour With Diplo's Mad Decent Block Party; Cover's Lady Gaga's "Til It Happens To You"
SEE DIPLO, FRENCH MONTANA, AND LIL PUMP IN VIDEO FOR "WELCOME TO THE PARTY"
Diplo Launches New Festival: The Super Mega Ultra Giant Mad Decent Block Party Festival
DIPLO SHARES VIDEO FOR “DO SI DO”
Diplo shares video for "On Mine"
Share