explores the idea of his generation being misunderstood and underestimated 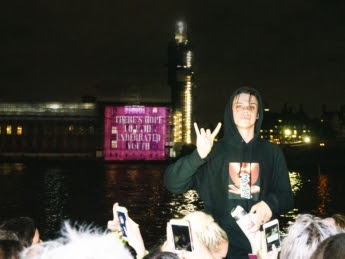 On Saturday evening, Yorkshire-born singer-songwriter YUNGBLUD caused havoc on London’s River Thames. Lucky fans were invited onboard a chaotic ‘YUNGBLUD cruise,’ which saw him give a special live performance of fan favorites. He concluded the spectacle with a megaphoned speech against the backdrop of Britain’s Houses of Parliament, which saw projections of the words “there’s hope for the underrated youth” emblazoned upon them. WATCH THE MAYHEM HERE!

YUNGBLUD is known for voicing what he feels are major concerns for his generation, using his music to unite and empower the youth of today. New single “Hope For The Underrated Youth” is no exception and explores the idea of his generation being misunderstood and underestimated. Of the track, YUNGBLUD said: “The world right now tells us fall in line, it tells us what you’re allowed to care about, think about, even to the point what air you should fucking breathe. Things are changing drastically, a lot of the time not for the better and it’s hard to watch. I meet so many young people every day and the one common denominator I find is the constant fire to defy apathy and the optimism to do anything in your power to fight for a better, more equal world. This song is about freedom of speech. This song is about freedom of expression. This song is about the forward thinking, racism hating, LGBTQ+, liberal “sinners” that we all are. I see that there is hope for this “underrated youth” and I believe the future looks bright because we are in it.” 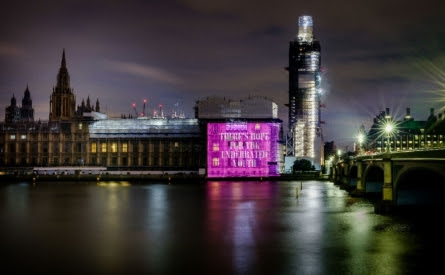 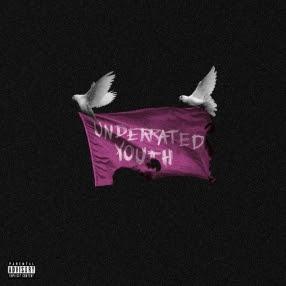